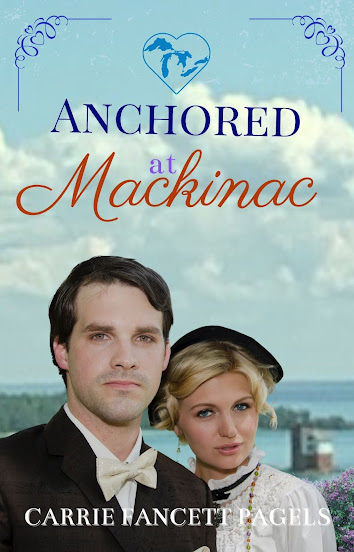 Anchored at Mackinac is now published! This is a Free Read if you have Kindle Unlimited!

Two women, Sadie Duvall, a young maid, and Ada Fox, the mature Housekeeping Manager, at the Grand Hotel must make life-changing decisions involving their work and the men in their lives. As 1895 comes to a close, will hearts be broken when choices are made—or will all hoped-for wishes be fulfilled?
With her father missing and her mother dead, impoverished Sadie scrabbles to provide for her sisters. She has known wealthy bachelor Captain Robert Swaine most of her life--he's her best friend's young uncle. When he returns to the island, she doesn't believe his interest in her is sincere, despite all the assistance he's given her and her sisters because he's frequently in the company of a beautiful actress staying at the hotel. Sadie wishes to pursue her own path--a position as a nursing student at a new asylum in the Eastern Upper Peninsula.
Having endured a traumatic early childhood, Ada Fox entered into marriages with very successful, wealthy, much older men after the mother of her first, and only true, love sends her away from the nearby Poor House and to a secretarial school. Secretly the wealthiest woman in the world, Ada Fox has taken on a Housekeeping Manager position so that she can be closer to her first love, widower and innkeeper Peter Welling. 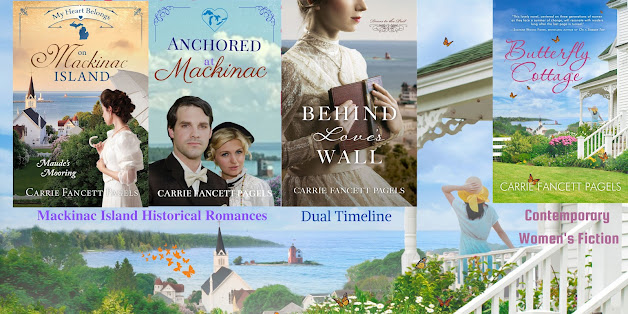 This new novel goes with My Heart Belongs on Mackinac Island and Behind Love's Wall.