My new book release Requilted with Love a State Fair Novella, is now out in the world! It's party time, State Fair style!

What's your fave State Fair food? I have to admit that my family loves corn dogs!!! These regularly get into our home via Target, though, rather than a State Fair.

Where we live, in Southeastern Virginia, its usually too hot for me to manage a state fair but I LOVED the state fairs and county fairs of my youth! I even went to the Ohio State Fair one year!

My new release is set at the Michigan State Fair in Lansing, in 1889 where Sarah Richmond has brought her requited quilt to enter for a prize and possibly to sell. She wants to donate the funds to help with the hospital in her Northwoods community--where her second fiancé died. Sarah's fiancé's both perished from engaging in risky activities so when she meets engineer and balloonist, Grant Bentley, it's a good thing that she doesn't know about his real reason for being at the fair! She thinks he's a worker around the grounds.

This novella was my first story published with Barbour five years ago, in the Blue Ribbon Brides collection. It's now out of print and rights were returned.This second edition has an increase of 30% length and is also now part of the Christy Cousins series! The other book in the series is Tea Shop Folly, set in a similar time, in Sault Ste. Marie, Michigan where a new lock was being built! 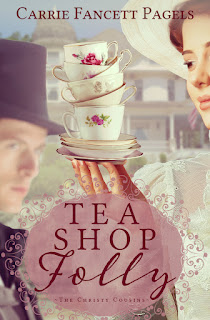 Guess what? Another new lock is being built now!!! I sense another modern-day story coming on! Speaking of modern day, have you read my other new release, Butterfly Cottage? 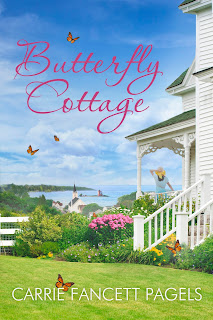 Copies flew out the door at the Island Bookstore this summer. I was up at the Straits for five full weeks this year! Guess what? There are Christy descendants in that book! And some more Christy cousins!

Giveaway: Leave a comment -- answer the question about State Fair food!--for a chance to win a copy of your choice of ebook Requilted with Love, paperback or ebook of Tea Shop Folly, or ebook of Butterfly Cottage!