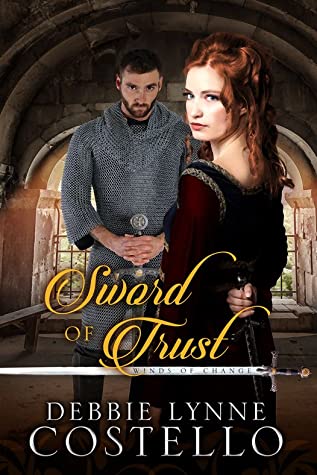 Blurb: Deirdre Mackenzie has spent her life hiding from her father and hating the English. However, when she is caught stealing from an English laird, his unexpected kindness begins to melt away her hatred and strums lonely heartstrings longing for love. Bryce Warwick discovers the “boy” caught with his livestock is actually a young woman. After several attempts to lure the truth from her, he determines she is as deceitful as his late fiancée who nearly cost him his life. But the woman is the least of his worries with the turbulence brought on by threats of another border war and by King Richard’s distrust of the nobles.
With old wounds in need of healing and adversaries who would ruin their chances at true love, both must learn to trust in a way they never knew possible.

The stakes are high, secrets prevail, and treason is just a kiss away.
Giveaway: Leave a comment for a chance to win a copy.
Posted by Carrie Fancett Pagels at 4/14/2021 04:39:00 PM