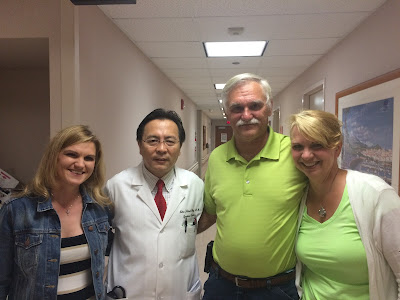 My life was turned upside down this past April when my husband was diagnosed with a rare form of non-hodgkin’s lymphoma called Mantle Cell. He wasn’t even seeing the doctor because he was sick. The man is never sick. And I mean never!

My life since April has been living in Houston more than South Carolina. But God has been here with us in amazing ways! 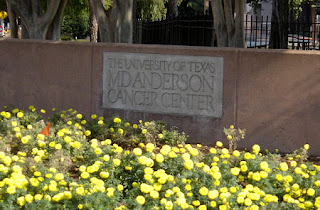 The first thing I did as a Christian, I fell to my knees and cried out to God. I don’t mean just pray I cried out—out loud—pleading with God. I contacted every person I knew who would pray and asked them for prayers. And God moved. First He guided us to MD Anderson. A dear friend and nurse practitioner from Dallas called when she heard about Joe. She convinced us to come to Houston to MD Anderson for a second opinion. She then called her best friend in Houston and got us a place to stay when we came.

Then I got an email from a lady who had called me weeks earlier about getting a sheltie puppy from me. This woman knows nothing about Joe. Her email goes something like this. “I don’t know what is going on but God told me to tell you that He’s got this.” I cried. I responded and told her what WAS going on. She told me that she didn’t want me to think she was weird or anything but that she’d been driving down the road and God told her to pray for me. She said I thought to myself okay God I’ll pray when I get home, but she felt like God was yelling at her in her head saying pray now! She said she almost pulled her car over. Then people started telling me they were praying and they really felt like God told them He’s got this! I probably heard that at least 6 times. And no one knew what this other woman had told me.

It seemed every time my faith got low, God sent someone else to remind me He had this! It was so amazing. I’m a person who believes in ‘bugging’ God. I remind Him of His promises. I am like the man in the bible who has company come in the middle of the night and so he goes to his neighbors and won’t quit knocking on his door until he gets up. God wants us to cry out to Him.

In the lowest valley we’ve ever walked, God has been there every step of the way. We never said why us? Things like this can bring a person closer to God. I know I want God to use me through this. It has been amazing to watch God move. I’ll quick give you some ways He blessed us.

Friends, neighbors, and family stepped up to the plate to help. It was unbelievable. You see I have 3 shelties, 1 German Shepherd, 1 cat, 5 horses (one is a young colt), and a miniature donkey. That’s a lot of mouths to feed. Friends and family take care of our animals when we are gone. 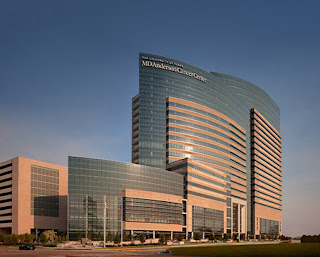 We went to the hospital and Joe was put with Doctor Wang. People ask us, How did you get in with Dr. Wang? You see he is one of the 2 top doctors for Mantle Cell Lymphoma in the World!

Joe has probably had MCL for 2 to 4 years. But God wanted us at MDA at this time. Because it just so happened that Dr. Wang was starting a clinical trial for MCL patients and Joe was immediately accepted into the study! Had his Mantle Cell been discovered earlier we would have missed the trial.
We fell in love with the woman we were staying with. She’s like family. She offered her home to us every time we come down and even when we have to stay for 5 months!

God has been so good to us and I am so thankful for all His blessings. That’s not to say we never have hard days. We do! We wouldn’t be human if we didn’t. But keeping our eyes on the Lord is the key to keeping a good attitude. I don’t think God is disappointed with us for hurting sometimes or getting discouraged. But what He does want is for us to know where to turn when that happens. He wants us to look up and run into His open arms. 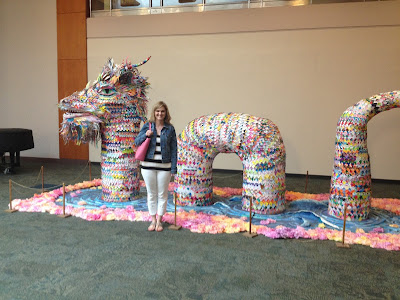 CFP: DebbieLynne told me about this picture: “This is a really cool paper Lockness. Each piece of paper was colored and then the papers were cut randomly by hand making this beautiful piece of art. This picture really doesn't do it justice. It is displayed in MDAnderson.” This is DebbieLynne’s daughter, Kacie.