I thought I’d co-write an article with my husband on Overcoming With God since I wanted to highlight the struggle with addictions that I’ve seen with my husband through the hero of A Bride at Last.
When we first met, my husband was a chain-smoking alcoholic. He was a lot of other bad things too, but there was something about this blond chick he worked with that made him decide to risk dying by bursting into flames by crossing the threshold of a church. (Thankfully he decided to do that before church started to spare the congregants seeing such a gory death, and thankfully he didn’t actually burst into flames either.) And later when he accepted Christ, the addiction to alcohol was gone immediately.
Whoa, wait a second. . . that’s not overcoming, that’s a miracle. Yes, but the addiction to nicotine was left for him to struggle through. His main motivation to give up smoking was for that same blond chick who said she didn’t want to marry a smoker, so he traded one addiction for another, cigarettes for nicotine gum. Then that newly married wife after a year of paying for expensive gum said the budget couldn’t handle it any longer.


Wanting to remain married….well, sort of, because that first year of marriage is hard! :)….He slowly traded out the nicotine gum to chew many, many packages of regular gum.
Plain gum is basically going cold turkey which is probably the best way to begin putting an addiction behind you, but it’s also probably best to take off of work because you’ll really want to kill people. Randomly during the years following, the wife would ask him if he’d smoked, and he’d always proudly reply ‘no.’
The wife was happy with the gum expense and the hubby was trucking along when someone brought a can of vanilla Skoal to work. Having chewed as a kid, being a sucker for vanilla, and having years of being off nicotine under his belt, he thought taking one dip wouldn’t be a bad thing. By the end of the day, he had his own can. And he wasn’t about to tell his wife. And since she only occasionally asked if he smoked, he could still tell her the truth when he answered, ‘no.”
And then the years of lying about needing candy bar cash at work and sharpening people’s knives to get a little more untraceable money began—and the weekend withdrawals at home …which got so bad that he’d hide cans of chew out in the woods so when they fought, he could stomp off to the woods and get a fix. Of course, during those years he blamed all the anger and fallouts on his wife, not even realizing that his two days of withdrawals every weekend were turning him into the jerk. It was all his wife’s fault. Why was she being such a witch now? In order to deal with his suddenly not-so-nice wife, he needed a chew to be able to deal with her “calmly” yet he couldn’t let her know.
The evil of addiction convinced him the longer he stayed addicted, that if his wife ever found out, she’d leave him. Some of the things she said seemed to be downright mean (things she later convinced him she’d never said), and he knew for sure she’d kick him to the curb once she found out. He prayed God would do something to force him to come clean to his wife and God answered by giving him a black spot on his lip. Having to get a doctor’s appointment that he couldn’t hide from the wife forced him to come clean. That night, his wife didn’t kick him to the curb, but rather helped him research the best ways to quit. The best thing she found was an online community of chewers wanting to quit called Quit Smokeless where people who understood the evil that addiction is banded together to quit. And strangely the next day, his wife took him gun shopping ….what? She wasn’t packing him up and throwing him out, but happily taking him shopping for something he’d wanted for awhile because she was so relieved to find out he didn’t hate her?

She’d wondered for two years if he’d hated her and would be leaving sometime soon since those withdrawal weekends had her dealing with a very angry husband who didn’t seem to want to be anywhere near his family. She was happy to find out that it wasn’t her, but the chemical mess in his head.
Those chemicals are evil, though he’s been fifteen years quit of smoking and seven years quit of chewing, he still often dreams that he has failed and wakes up in the morning disgusted with himself for caving and believing he has to start quitting all over again. And then his coffee helps him realize it was just a bad dream, a nightmare so real he can feel the desire for more coursing through him. Every time he smells a cigar or sees someone chew he wants ‘just one more.’  The desire, according to most everyone he knows who’s quit, never goes away. But every day is a little bit easier to say no.
Being a proud fellow, he didn’t pray as much as he should have while quitting, but that is definitely something that helps. Surrounding yourself with supportive family and Christians is good, but you really need to find someone who understands, who can tell you about the nightmares, the never ending temptations, the feelings you’ll have to battle. It’s essential to commiserate with someone who understands and feels exactly like you do. Whether that’s a personal relationship with someone or joining an online support group, find someone who’s been there before.
He never would have been able to quit on his own. The desire is far too strong. But though it is good to have the support of others, without God, remaining quit would be even harder.


And now his wife occasionally asks if he has smoked, chewed, snorted, shot up, huffed, and every other variation of taking in a controlled substance she can think of to let him know he can’t fudge the truth again.

CFP: Thanks Melissa and Ross for sharing! By our testimonies we overcome!!! 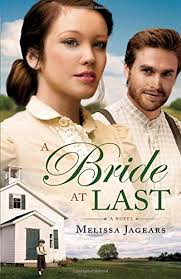 Giveaway: We're giving away a paperback copy of Melissa's latest novel, A Bride at Last, this week and a copy of her novella, choice of ebook or paperback in Barbour's new anthology The Convenient Bride Collection. Comment on any of the blog posts to enter. Also, each blog post counts individually (if you comment on each post you get three entries!)
Posted by Carrie Fancett Pagels at 6/28/2015 01:37:00 PM